We put people to Work! 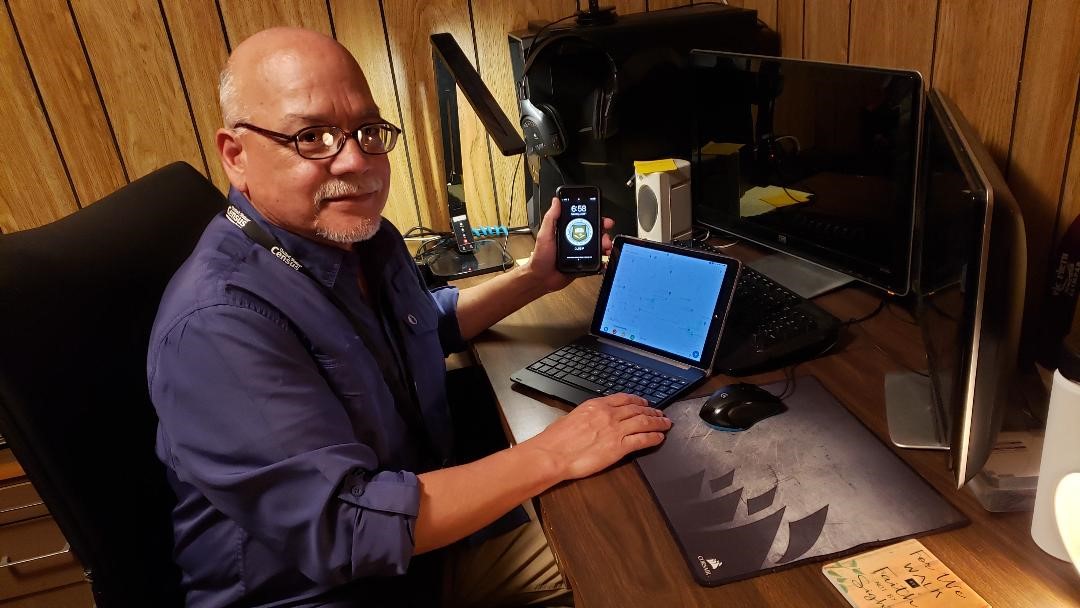 After seeing an AD on TV and a reference to the Goodwill Academy on the website, Herbert Dominguez said that he decided to apply for Goodwill’s the CompTIA A+ Certification course. “The course cost me just $20.00 for registration and included books, vouchers, training and Internet access to course materials. This same course would have cost over $3,000.00 at a local Junior College,” he said.

A regular Goodwill shopper and supporter, Herbert was familiar with Goodwill’s mission and skills training and job placement services, as well as Goodwill’s Recycling/Repurposing endeavors, so he was eager to be a part of the Goodwill community.

“Goodwill Industries was founded by the Methodist preacher, Edgar J. Helms over one hundred years ago! My grandfather and great-grand father were both Methodist preachers. My son Gabriel, graduated from American Youthworks Charter School in Austin, Texas. Goodwill Industries of Central Texas has partnered with Youthworks to provide opportunities for young people in service to others. After graduation, Gabriel became a Master Mechanic with Toyota and now works with AutoNation,” he said.

After completing the CompTIA A+ course with Goodwill’s GoodTech Academy, he applied and was offered a Supervisor position with the US Census Bureau2020, as a Census Field Supervisor (CFS) for the Tyler Area Census Office.  “As a CFS, I have the responsibility of supervising and training Enumerators. The Census issued me an iPhone, an iPad, and an HP laptop computer to help accomplish field operations.  Goodwill believes in “second chances”! I will be sixty-eight years old

this month (June), and as a retiree and Social Security recipient, I certainly found my “second chance” through completing the CompTIA A+ course. I am now working with the United States Census Bureau 2020 utilizing skills and training I learned at Goodwill Academy!” Herbert said.