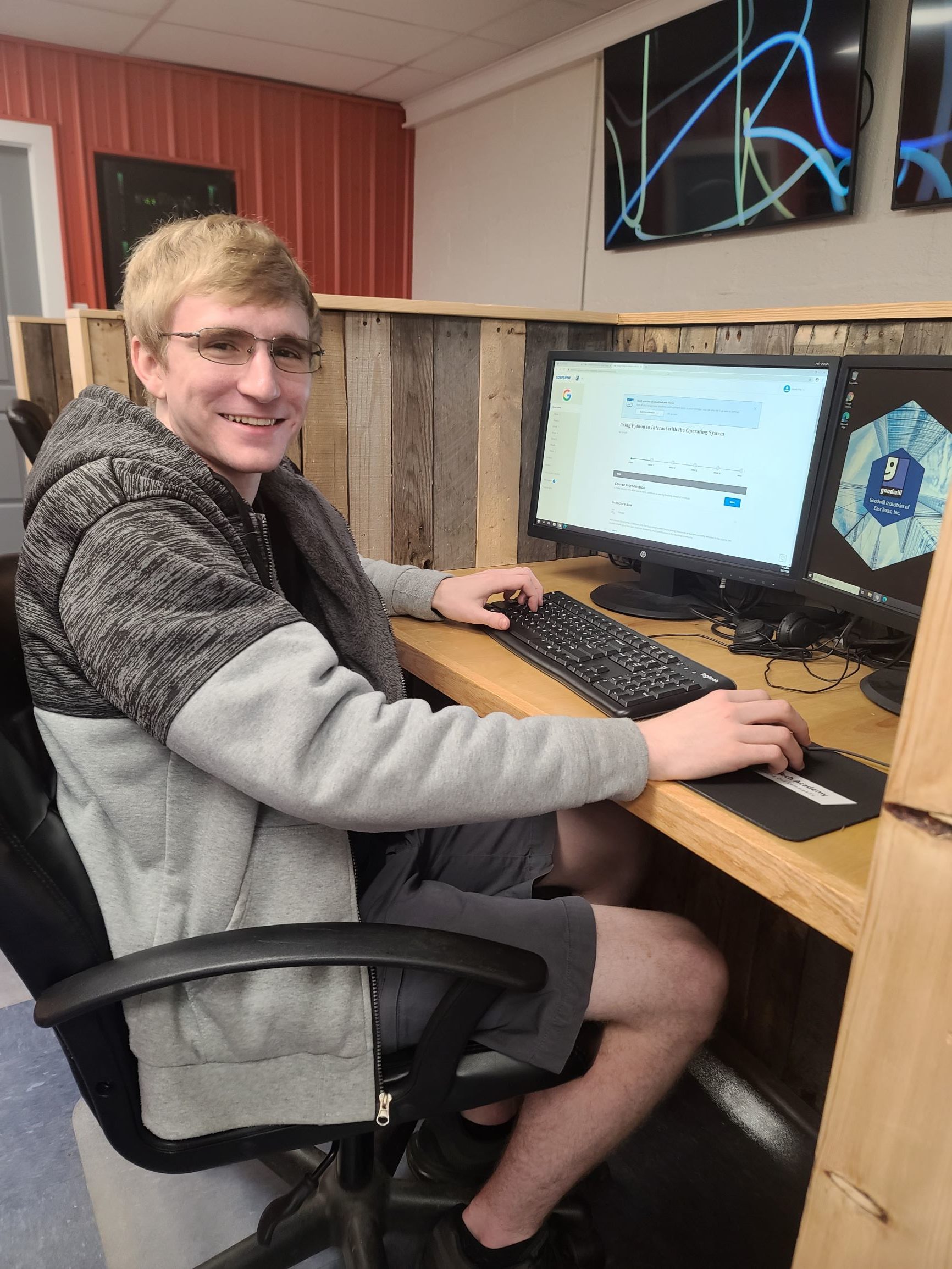 Kevin Fry, a Goodwill of East Texas employee, is a tech enthusiast that loves computer hardware, learning about tech, and gaming. Prior to working at Goodwill, Kevin was a student at UT Tyler working towards a degree in Computer Science. He tried his hand at freelance computer maintenance, but the salary was not steady enough to support him financially. When a job posting on Indeed showed an opening for a ComputerWorks Technician at Goodwill Industries of East Texas, he applied and was hired.  Goodwill encourages all employees to upskill and further their education. Goodwill provided Kevin with a scholarship to Coursera’s Google IT Automation with Python program to help him rekindle a passion for coding and improve his skills. Kevin has completed the first course in the program that is designed to teach the foundations in order to write simple programs using Python. He now uses a Python script to open programs at specifically set times. These programs include opening games such as Survival and World of Warcraft, to update and patch. “The Coursera course has rekindled my passion for coding and creating small programs just for the fun of it,” says Kevin Fry.

Posted in News, Our Stories